Steely Dan is one of the most innovative bands of all time, combining jazz themes with rock n’ roll and some of the darkest, funniest, and most literature lyrics ever attempted. Band member Donald Fagan credits that unique wordplay to bandmate Walter Becker, who died earlier this month at age 67. Here are some other interesting bits of trivia about Steely Dan. 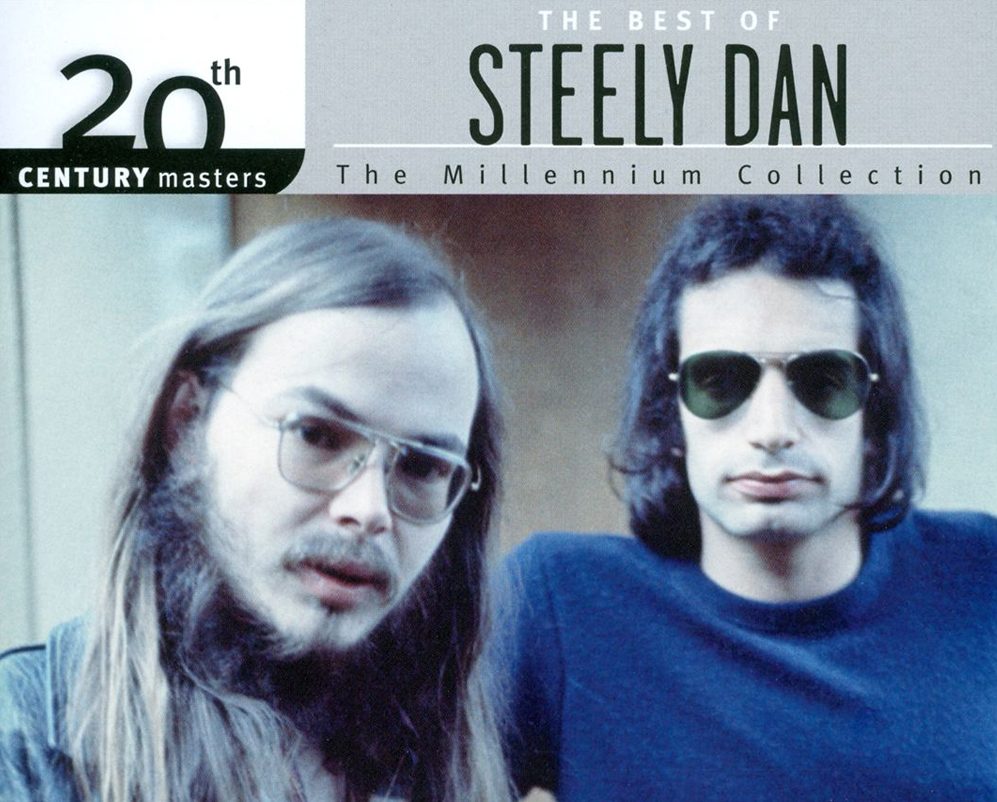 The only two permanent members of Steely Dan were founders Walter Becker and Donald Fagan. Many other musicians came in and out of the group, including a pre-fame Chevy Chase, Michael McDonald of the Doobie Brothers, and Jeff Porcaro of Toto.
One of Steely Dan’s biggest hits was the 1977 song “Peg.” It features a memorable guitar solo…which was extremely hard to nail down. Becker and Fagan hired and then fired seven different guitarists, finally enlisting a musician named Jay Graydon. Then they made him play the solo for six hours until it was acceptable.

Steely Dan is responsible for one of the most legendary lost recordings in rock history. The band’s 1980 album Gaucho was supposed to include a song called “The Second Arrangement.” Becker and Fagan had completely finished recording the song. One day in the studio, a producer asked an engineer to cut up the master of “The Second Arrangement” so he could listen to it. The engineer hit the wrong button…and erased the song completely.
Another Gaucho song, “Hey 19” features one of the first-ever drum machines.
Becker and Fagan split up Steely Dan shortly after recording Gaucho. But they didn’t completely stay out of each other’s professional affairs. Becker produced Fagan’s 1993 album Kamakiriad. In 1994, Fagan returned the favor, producing Becker’s solo debut, 11 Tracks of Whack.
In 2000, the band released its first album its 20 years, Two Against Nature. Even more of a surprise than the album itself is that it won the Grammy Award for Album of the Year, beating out critically acclaimed contemporary acts like Radiohead, Beck, and Eminem.

The first single off Two Against Nature was a song called “Cousin Dupree.” It’s about an unmotivated moocher who lives on his aunt’s couch. Six years later came the Hollywood film You, Me, and Dupree, about a couple who similarly can’t get their friend Dupree to leave their house. Steely Dan publicly joked that the movie Dupree was a theft of their song “Dupree,” but didn’t sue. Regarding the matter, Fagan and Becker posted an open letter on their website addressed to “Luke Wilson”—as You, Me, and Dupree starred Owen Wilson. Owen Wilson responded, saying that he had never heard of “this gentleman, Mr. Steely Dan” and that he was busy working on “my new movie, Hey 19.”