So Tim Horton founded Canada’s most successful franchise. Big deal—did he ever record a disco album? Here are some hockey palyers and their other jobs from the brand-new Uncle John’s Bathroom Reader Weird Canada. 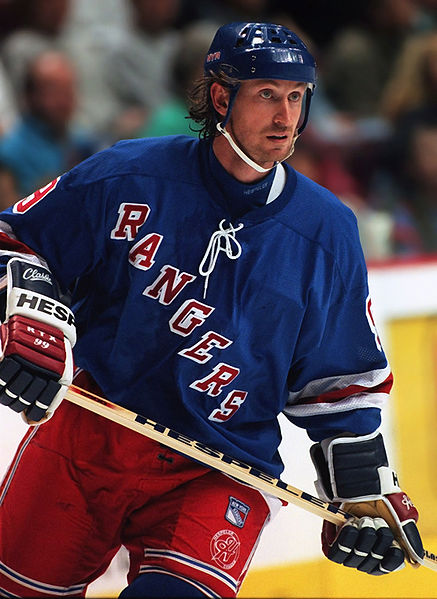 WAYNE GRETZKY. In 1991, NBC TV briefly aired ProStars, a Saturday morning cartoon starring three big sports stars of the era: Michael Jordan, Bo Jackson, and Gretzky. The cartoon versions of the sports stars had superpowers and a distinct personality, and in every episode the trio would defeat a supervillain, mad scientist, or as they did in one case, recover the stolen Stanley Cup. Gretzky, for some reason, was the jokester of the group and was obsessed with eating. The real Gretzky appeared in live-action bumpers at the beginning and end of the show—voice actor Townsend Coleman performed Gretzky’s voice in the animated sequences.

GUY LAFLEUER. At the height of Lafleuer’s career and popularity in 1979—he’d just won four straight Stanley Cups with the Montreal Canadiens—Lafleuer recorded an album called Lafleuer. It’s where Lafleuer’s strengths and the trappings of the era collide. It’s an album of hockey-themed songs by anonymous studio musicians, as well as monologues of hockey instructional tips from LaFleuer…set to a thumping disco beat. Side one contains six songs: “Skating,” “Checking,” “Power Play,” an extended dance version of “Power Play,” “Shooting,” and “Scoring. Side two: all of the same songs, but in French.

KEN DRYDEN. For Hall of Fame goalie Ken Dryden, a storied hockey career seems to have been a secondary pursuit. Drafted in 1964, he didn’t go pro until 1970 so he could earn a history degree at Cornell University. Three years into his NHL career in 1973, he took a year off to earn a law degree (and intern for a Montreal law firm at the same time). Upon retiring in 1979, he wrote—he’s published books about hockey, Canadian history, and the Canadian educational system. And after successful turns in business, law, and serving as the president of the Toronto Maple Leafs, Dryden ran for Parliament in 2004. He represented York Centre until 2011, even making a bid at the Liberal Party’s leadership in 2006.

Pro-Stars the cartoon had a direct tie-in with Pro-Stars the breakfast cereal. I do not know how popular or even available it was in the U.S. but every kid in Canada seemed to feast on the cereal. They were sort of like Alphabits but shaped like little stars.

Also, you misspelled a hockey legend’s name. It is not Lafleuer but Lafleur.