The World’s Most Expensive Movie Props

Movies cost a lot of money—it’s expensive to build sets, pay actors, and occasionally, a single prop. Here are a few examples of expensive movie props. 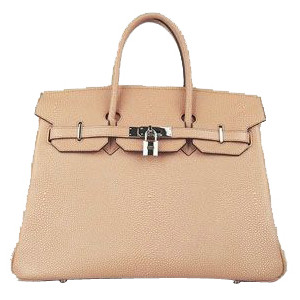 The films of Woody Allen earn critical acclaim, but they are usually modest commercial hits, with subsequently small production budgets. Allen’s latest, Blue Jasmine, is about a wealthy woman forced to live modestly after her husband is imprisoned for financial crimes. The one vestige of Jasmine’s (Cate Blanchett) formerly glamorous life is a tan purse. It’s a Birkin Bag, first released by Hermès in 1984, named after and inspired by French actress Jane Birkin. The handbags are made in limited quantities and are extremely exclusive. Blue Jasmine costume designer Suzy Benzinger only had a $35,000 costume budget—the approximate cost of a single Birkin Bag. The solution: Benzinger allowed the use of her own, personal Birkin in the film. The handbag shows up in nearly every scene of the film, and Blanchett often tosses it on the sidewalk. “I felt [Benzinger’s] blood pressure go up every time it hit the pavement,” Blanchett told Harper’s Bazaar.

Made in the year 1952, 1. April 2000 is a futuristic political satire movie about the post-World War II Allied occupation of Austria. It takes place in the year 2000…when the Allies still won’t give Austria autonomy. Technically speaking, it’s responsible for the most valuable film prop of all time. The actual imperial crown of Austria was loaned to the production. Its reported value, at the time: $70 million.

In 1986, Roman Polanski directed the high-seas adventure film Pirates. It has taken him more than a decade to make the movie, in part because of Polanski’s well publicized legal troubles, and in part because of studios balking at the enormous production costs. Paramount allocated $15 million to make Pirates, but Polanski ultimately spent $40 million. The movie bombed, taking in $7 million worldwide. That box office take doesn’t even cover the cost of building the Neptune, the full-scale pirate ship built for the film. The steel-hulled galleon had an $8 million price tag, or 20 percent of the film’s entire budget. The Neptune now tours Mediterranean ports, where tourists can board for a fee of 5 euros.