What Beautiful (and Rare) Eyes You Have! 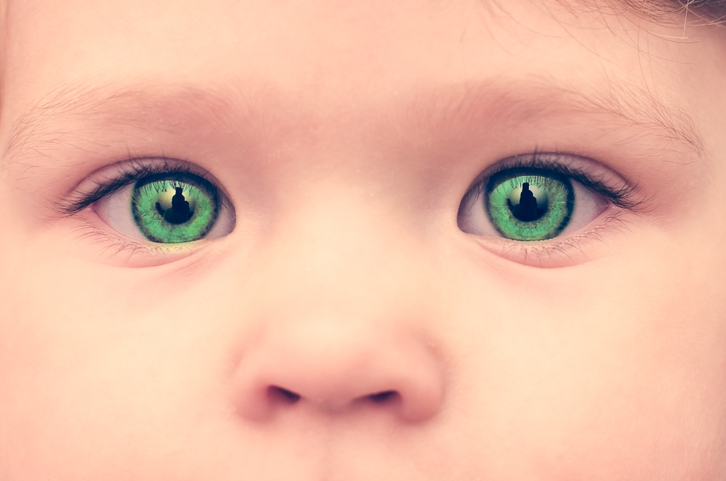 The most common eye colors: brown, then blue, then hazel. Green eyes are relatively rare: only about 2 percent of people have them.

Eyes usually come in pairs. Most people have two of them, and they work in tandem to help us see stuff and perceive depth. They’re almost the same color, too, unless you’ve got heterochromia, or eyes that are two different colors. If you do, you’re among about 1 percent of the population.

Redheads trail pair beyond brown hair and blond hair in terms of being commonplace. Worldwide, only 1 to 2 percent of people are “carrot tops.” It’s a much higher rate in Scotland (13 percent of the population) and in Ireland (10 percent).

A supernumerary nipple is often mistaken for a growth, such as a mole. Also known as a “third nipple,” about 1 in every 20 people has one (including those who think it’s a mole).

Do you have syndactyly? That’s the scientific name for webbed fingers or toes. It’s exceedingly uncommon — only about 1 out of every 3,000 babies is born with the condition.

About the same number of babies with at least partially formed teeth are born each year as are babies with webbed digits. The rate is around 1 in 3,000 (with the teeth almost always coming out of the lower gums).

90 percent of people have a dominant right hand, and about nine percent prefer their left. Less than 1 percent of all humans are truly ambidextrous.

People with synesthesia experience senses differently — some people can “smell” colors, for example, or “taste” sounds. Around 2 percent of the population has at least a mild form of synesthesia.